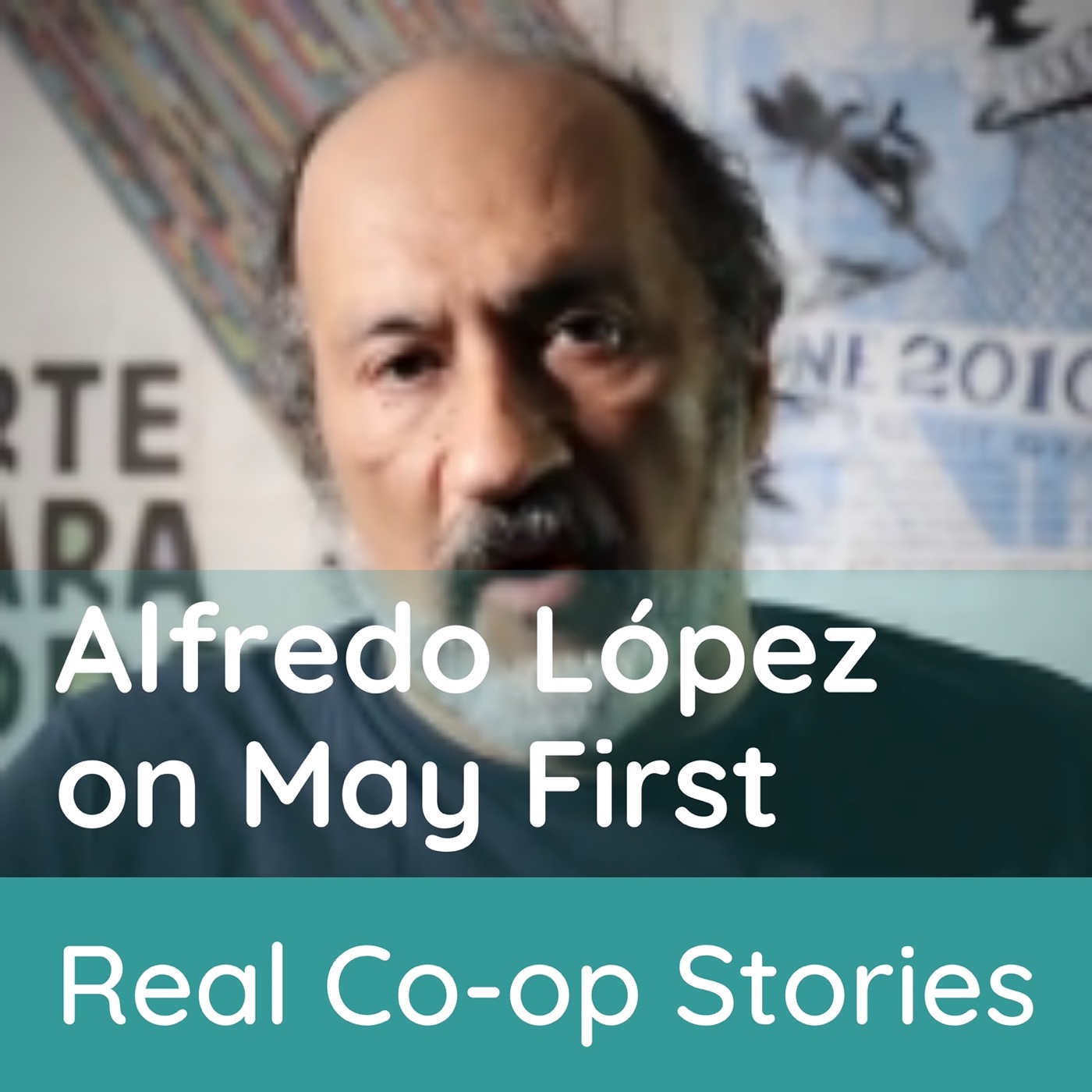 Alfredo Lopez talks about May First, its origins, vision, and inner workings.

You can reach Alfredo via email at alfredo@mayfirst.org. Join May First as a member at mayfirst.coop.

Alfredo: It’s about building the co-op and building a structure that’s sane, that’s sustainable and that’s really productive. You can actually feel good about a day’s work. You actually have done something that has contributed to the, to the human race, which is a gift in and of itself.